The Southern Technical University hosted members of the Iraqi Council of Representatives from Basra Governorate, this came during the reception of the President of the University, Prof. Dr. Rabie Hashem Al-Abbasi, for a number of members of the Iraqi Council of Representatives at the Center for Continuing Education, in the presence of a number of deans of the university’s formations and representatives of satellite media channels and news agencies.

Al-Abbasi expressed to the attendees the pride of the university as it hosts one of the meetings of the members of the Iraqi Council of Representatives with a representation from Basra Governorate for the purpose of discussing an important and vital topic, which is the proposal of the Emergency Support and Development Law, as well as the entitlement of the Basra Governorate from it

Emphasizing at the same time that the university’s doors are open to provide expertise and scientific advice to all, Because the university has important technical expertise in the areas of planning and development.

From their part, the representatives expressed their thanks for this hosting, pointing out that important committees in the Iraqi parliament, such as oil and gas, higher education and others, are working to create twinning between universities and these committees as they represent continuous scientific giving.

Also, the educational and training centers in these universities will be the base for training young people looking for job opportunities and building their capacities through training programs that will be prepared in the near future. 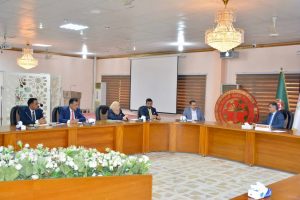 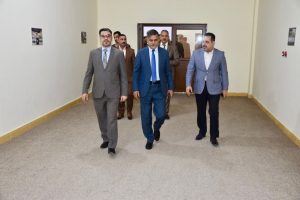 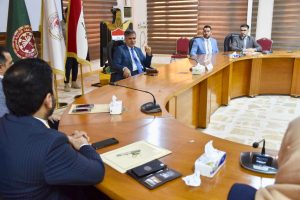