Under the direction of the President of the Southern Technical University, Prof. Dr. Rabee Hashem Al-Abbasi, the mechanisms of the university formations in the governorates of Basra, Maysan and Thi Qar began transporting the visitors of Imam Hussein, peace be upon him, from the border crossings to the governorates of Najaf and Karbala.

The mechanisms of the university witnessed a great mobilization to implement the central directives in this regard, To contribute with the rest of the government departments and sectors in this million visit, the number of which increased this year to unprecedented numbers, which generated momentum and numerical density at the border crossings. 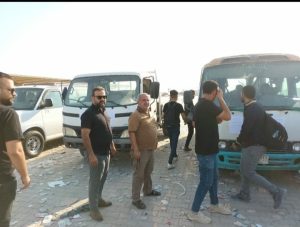 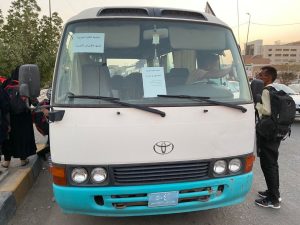 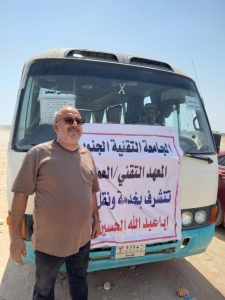