The ceremonies included reciting verses from the wise Quran and Surat Al-Fatihah in sympathy for the souls of the martyrs of Iraq, to ​​be played after that, the Iraqi national anthem.

The representative of the Husseiniya Holy Shrine, Haj Fadhel awz, stated in his speech that raising the banner of Hussein in this blessed scientific edifice is an honorable participation and stand in honor of Basra and its great positions because it has the main role in returning the lands usurped from the terrorist IsIs.

Then the Husseiniya banner was raised amid commemorating the heroism and martyrdom of Imam Hussein, peace be upon him, and his companions. 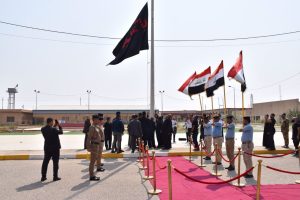 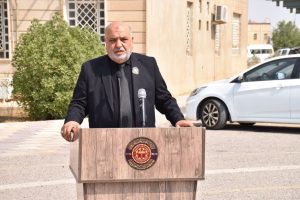 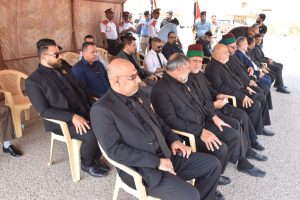