A work team from the Southern Technical University, which included the University President’s Assistant for Scientific Affairs, Prof. Dr. Alaa Farid Abdul Ahad , and Director of the Scholarships and Cultural Relations Department, Dr. Narges Faris Abdullah, participated in a workshop on the “Inspire” educational project, which was held at the University of Bologna in Italy in cooperation with the European Union.

The workshop, which was attended by three European universities, as well as ten Iraqi universities and representatives of the Department of Scholarships and Cultural Relations at the Ministry of Higher Education and Scientific Research, aims to emphasize a number of axes in the field of universities and international relations, quality assurance, the evaluation process, and the preparation of the university’s strategic plan. 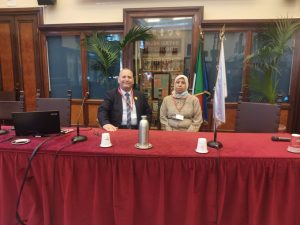